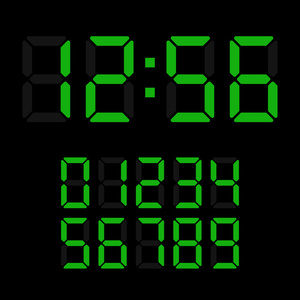 Time is fascinating, confusing, and, above all else, relative. The Soviet Union tried (and failed) to enforce both five and six-day weeks between 1929 and 1931. Additionally, following the French Revolution, French revolutionaries tried (again, and failed) to institute a 10-hour clock.

Thankfully, there are plenty of other researchers who have been diligently working over the years to not necessarily change time, but to better utilize it. Thanks to GPS network time servers and similar inventions, industries, governments, and even individuals can handle all kinds of complicated time-related tasks. GPS network time servers can allow an organization of any size to accurately keep track of time across the world.

Problem is: time isn’t real. At least to some.

There are researchers within the scientific community, specifically pertaining to quantum physics, who are convinced that time, though it feels real, does not in fact exist.

According to Quartz, theoretical physicist and author of The Order of Time Carlo Rovelli wants everyone to know that there is actually no time variable in the fundamental equations that describe the world. Thus proving: time doesn’t exist. Weird.

“Time is a fascinating topic because it touches our deepest emotions,” Rovelli states. “Time opens up life and takes everything away. Wondering about time is wondering about the very sense of our life. This is [why] I have spent my life studying time. From our perspective — the perspective of creatures who make up a small part of the world — we see that world flowing in time.”

Rovelli argues that time only seems to pass in an ordered fashion because of the unique relationship that we give to the rest of the universe from here on Earth. We link events to certain outcomes, providing us a sense of time, but only relying on our unique perspectives.

Instead of time as we know it, Rovelli states that we blur the world in order to focus on it, thus blinding ourselves from what is really going on. And for that reason, the physicist writes that “Time is ignorance.”

Again, not the easiest concept to understand, right?

Whether or not you fully accept the illusion that is time or simply want to improve efficiencies across your organization by utilizing accurate and synchronized network clock servers, know that time, as of right now, is still an essential part of life. If you want to learn more about time or how to use GPS network time servers for your company, give Time Machines a call today.