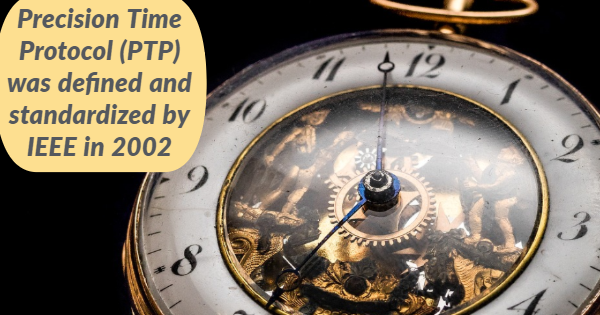 Most people assume that the computer clock servers, workstations, and network devices are in sync to the accurate time. However, the opposite is unfortunately true. Most of these clocks are actually set by hand, putting them out of sync within a minute or two of actual time. More often than not, these clocks are rarely checked for accuracy following their initial set-up.

In some devices and servers, internal clocks are maintained by battery-powered timekeeping devices that may drift by as much as one whole second per day. Accurate time synchronization is impossible if these clocks are allowed to run on their own. That is why time synchronization and accurate clock servers play a fundamental role in any computer network.

A clock server is typically linked to a computer or wifi clock that reads the actual time from a reference clock. Then, this server is able to distribute this information to its clients using the building’s computer network. The clock server may be a local network time server or an internet time server. Without synchronized time, accurately correlating log files between these devices can be difficult, or even impossible. Time synchronization can mean the difference between correctly troubleshooting a conflict in minutes or having a figurative meltdown that can cripple a business.

One common cause for network time synchronization error is network latency. Network latency is the term used to describe any kind of delay that happens in data communication over a network. Network latency can also be defined by the time it takes for a request to travel from the sender to the receiver and for the receiver to process that request. Latency exists everywhere, and it makes perfect synchronization nearly impossible without the proper clock server in place.

The smallest unit of time is known as “‘Planck time.” This is a unit of measurement used to describe the time it takes for light to travel Planck’s length, which equals 1.6 x 10-35 meters. While clock server synchronization has not yet progressed to the point where it is quite as precise, the variance of network latency has been narrowed down to milliseconds due to the development of different time protocols.

To resolve the issue of network latency, David L. Mills of the University of Delaware developed Network Time Protocol (NTP). NTP is one of the oldest Internet protocols still in use today, operating since before 1985. NTP is used synchronize all computers on a network to within a few milliseconds of Coordinated Universal Time (UTC).

Using NTP, all the computers and devices on a network connect to a main server. This server then calls to another server, such as a public time server, to keep track of UTC via the internet. With the proper firewalls put in place by a reliable timekeeping company, you should have no problem ensuring your entire building is running at the same time.

An alternative to NTP is Precision Time Protocol (PTP). PTP is used to synchronize clocks throughout a computer network. PTP is capable of achieving clock accuracy in the sub-microsecond range. This makes it suitable for industries that utilize measurement and control systems. The global standard protocol is typically used to synchronize financial transactions, mobile tower transmissions, sub-sea acoustic arrays, and networks such as GPS time servers that require precise timing but lack access to satellite navigation signals. PTP is more secure than the older NTP counterpart and was first defined and standardized by IEEE in 2002.

Are you interested in streamlining your business? Rely on the experience of Time Machines Corp. to offer the best in clock servers today.