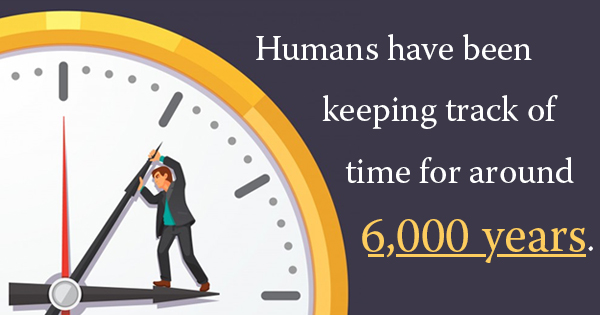 Humans have been keeping track of time for around 6,000 years. The ancient Egyptians were the very first group to tell time by using obelisks as primitive sundials. Cut to the 14th century, Europeans began using mechanical clocks to track time throughout the day.

Nowadays we have GPS clocks, WiFi digital clocks, and even record-breaking accurate clocks.

According to The Guardian, physicists have fine-tuned an atomic clock to the point where it won’t lose or gain a second in a long, long, long time: 15 billion years, to be exact.

The “optical lattice” clock, which uses strontium atoms, is now three times more accurate than it was just a year ago when it previously set the world record for time accuracy. The new findings were reported in the journal, Nature Communications.

“Precise and accurate optical atomic clocks have the potential to transform global timekeeping,” wrote the study authors, who are scientists at the National Institute of Standards and Technology (NIST) and the University of Colorado in Boulder. “This enhanced stability brings optical lattice clocks closer to the point of replacing the current standard of measurement, the caesium fountain clock.”

The optical lattice clock can measure time by detecting natural vibrations (ticks) of strontium atoms in red laser light. Exactly how close each natural vibration has improved by nearly 50%, which is another world record.

This revolutionary clock is even able to measure minuscule changes in the passage of time at various attitudes, a phenomenon predicted by Albert Einstein more than a century ago. Einstein’s relatively theory states that because of gravity, a clock must tick faster at the top of a mountain than at its foot — the optical lattice clock can achieve that with extreme accuracy.

Whether you’re utilizing a GPS clock to track timekeeping across a global organizational network or are hoping to break the next world record in terms of time accuracy, time is not going away and there are plenty of hardworking scientists researching new and innovative ways to track time… even over billions of years.

If you want to learn more about GPS clocks, WiFi clocks, or find quality network clocks for your entire organization network, give Time Machines a call right away.