TimeMachines will be closed for the MLK holiday on Monday January 20th. Orders received during the closure will be processed in the order they were received. We apologize for any inconvenience this may cause. 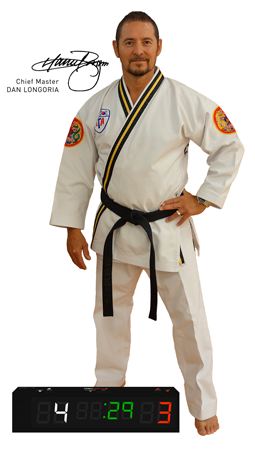 We're excited to have StrikeFirst as the scorekeeper and timer for all ATA Worlds Taekwondo matches and to be a part of the world's largest organized Taekwondo tournament in Little Rock, Arkansas. Officially endorsed by Chief Master Daniel Longoria of Longoria's Black Belt Academy in Lincoln, NE. - Good luck to all competitors!

PURCHASE NOW and SAVE!

Be on the lookout for official StrikeFirst Action Cards at the 2017 ATA Worlds!

They're Cool, Free and Full of BAM!