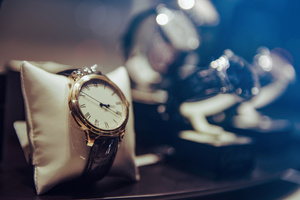 Some people often ask why companies do not just link their servers to those at the National Institute of Standards and Technology (NIST), the home of the most accurate clocks on the planet. The problem is that there is latency everywhere. It is not possible to synchronize clocks to NIST perfectly.

The first timekeeping method that was developed is the Network Time Protocol or NTP. It was developed in 1985 and has been used ever since. This system uses layers, which are called strata. Strata 0 includes top-level devices such as GPS clocks and atomic clocks. The next level is Strata 1. Strata 1 systems are also called primary time servers and have direct connections to the Strata 0 clocks. They can connect with the Strata 0 clocks and other primary time servers in near real time to perform backups and perform sanity checks. Strata 2 systems connect to an array of primary time servers to maintain their accurate time synchronization. The NTP system can accommodate up to 15 levels. The higher the number, the lower the accuracy of that strata.

The Precision Time Protocol or PTP was developed in 2002. This is a similar system to the NTP system but the goal with PTP is nanosecond time synchronization rather than synchronization at the millisecond level. For the majority of industrial and business uses, NTP is fine. There are those that require timestamping a more accurate time synchronization. PTP works better for them.

The main difference between PTP and NTP is that the former uses hardware to manage its timestamping. NTP relies on software to do this. The PTP devices are used for only one thing, they are there to maintain as accurate a time synchronization as possible. This makes it a lot more accurate and allows it to experience less in the way of device latency.

Networks that rely on NTP have less accuracy and more latency because of their reliance on software. That is not to say that GPS clocks that depend on NTP are not accurate, for most purposes the difference between the two methods of maintaining proper time synchronization is so minute as to be not noticeable to make a difference in efficiency in the network.

Having the right client synchronization and timestamping protocol is essential for networks to run properly. There are people who think that they can just keep their servers running properly by synching with public internet clocks and not GPS clocks. Most of the time this is ok for common commercial products such as smartphones, this practice is not secure enough for most business servers.

The connection to a public internet clock needs a port 123 to be opened in the firewall. It is impossible to know if this simple act will cause security problems within the network or not. A good analogy is that there is no way to know if someone will get into your home if you do not lock the door so you lock it because, why not? When you use a dedicated NTP server, you protect your network from outside attack while keeping the most accurate time synchronization.

Should your NTP or PTP server become disconnected from the GPS clocks, it will continue to sync all of your devices and the timestamping will remain accurate.

While the technology we use today relies heavily on keeping accurate time, in the past, it has been considered to be fungible. After the French Revolution, the rulers of that country tried out a system of 10 hours clocks. Between 1929 and 1931, the Soviet Union worked to make weeks either five or six days long. Those efforts would be even more futile today when we use NTP and PTP to keep track of time.