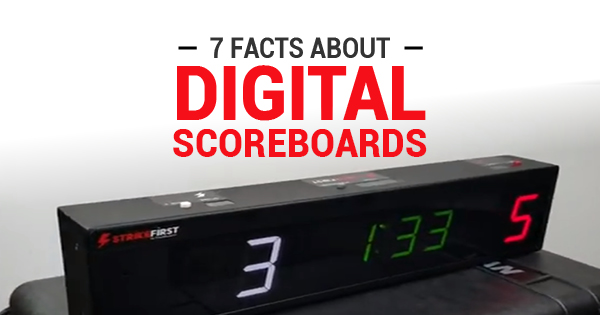 Digital scorekeepers are everywhere nowadays: on television, at professional and amateur sporting events, online, and more. They are capable of keeping track of the score of your favorite game, telling time, putting on massive visual displays, showing advertisements, keeping you up to date on other games that you aren’t watching, and even more. But scoreboards were not always the large, visual spectacles they are today. Here are seven interesting facts about digital scorekeepers and timekeeping you may not have known.

Looking for a new digital scoreboard? Contact Time Machines for all your digital scorekeeper needs, along with timeservers, network clocks, and more.